In the flowing of Susquehanna, language has been re-immersed in its origins. It is a coursing where “this human industry / compressed into earth- / rudders second emptiness / braids a fist.” Susquehanna offers an intermingling of meaning’s tributaries where our human violations of nature are plunged into the currents of an irreconcilable otherness, “a theft unhands / what had been / (interstitial) / pine-marrowed // phantom limb.”

“Susquehanna is a volume that desperately seeks to return language to its origins, but seems to recognize the impossibility of its task at outset. Hence the “irreconcilable otherness,” but, more than the very known dichotomy of man and nature, in Susquehanna this otherness belongs to language itself. Thus, the return to language’s origins becomes a series of pressings against the bounds of semantic sense, all of which take place along the intensely physical, bodily space of the Susquehanna’s banks.”

“Waldrep drives us to search outside of semantic constructs, looking towards nature to provide us with an unmediated taste of meaning…. Waldrep’s collection asks us to examine our status as outsiders against a river that we have attempted to destroy, as he buries and reshapes language along its banks.”
—Cold Front Magazine 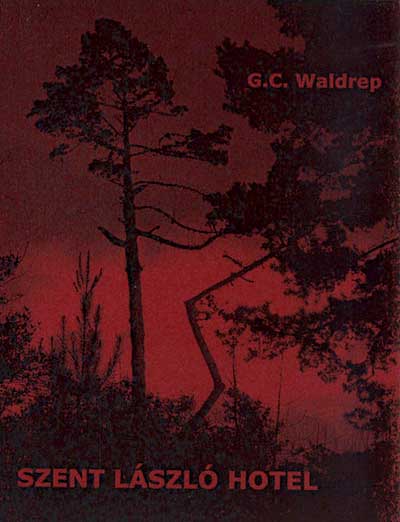 Had my moderation in prosperity been equal to my noble birth and fortune, I should have entered this city as your friend rather than as your captive; and you would not have disdained to receive, under a treaty of peace, a king descended from illustrious ancestors and ruling many nations. My present lot is as glorious to you as it is degrading to myself. I had men and horses, arms and wealth. What wonder if I parted with them reluctantly? If you Romans choose to lord it over the world, does it follow that the world is to accept slavery? Were I to have been at once delivered up as a prisoner, neither my fall nor your triumph would have become famous. My punishment would be followed by oblivion, whereas, if you save my life, I shall be an everlasting memorial of your clemency.
— Caractacus

Much like the weather last winter when we heard simultaneously things never heard before at the same time–shouts of “mussels,” “shrimp,” and “watercress”–so that someone who was attentive to a particular shout at one moment would think it was winter, then spring, and then midsummer, while anyone who heard them all would think that nature had become confused and that the world would not last until Easter.
— Soren Kierkegaard 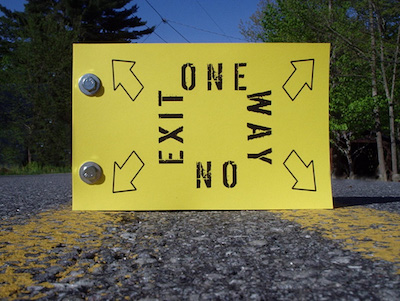 One Way No Exit

“There are only two human figures in all of America,” G.C. Waldrep declares in One Way No Exit, “and I have already seen them. Everything else is socks and recognizance, flutter and mood.” Waldrep builds on photographer Peter Rathmann’s portraits of the American landscape to create a lyric inquiry into the nature of patriotism, spirituality, photography, 20th-century American visual art, and what he terms “the surprisingly unmapped avoidances of America’s small towns.” Moving quickly between snapshot takes of the South and West and the works of Mark Rothko, David Hockney, Joan Mitchell, Cy Twombly, and many others, Waldrep attempts to make of his poem a bubble-like iridescence, “a skin on which objects rest.” “This is in the nature of the medium,” Waldrep concludes, “God visited upon objects. A photograph, like David Hockney, is a poem that looks good when it doesn’t have to.” 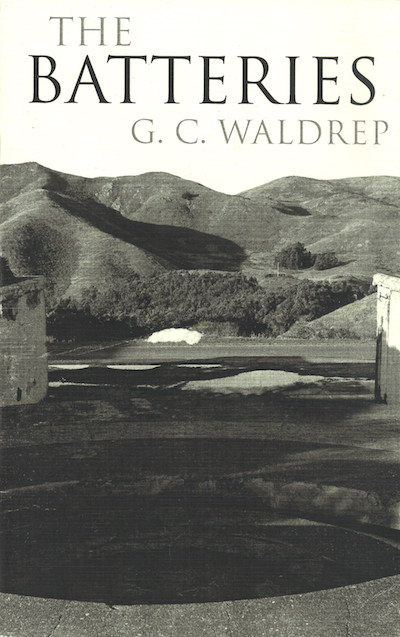 New Michigan Press, 2006
A lyric meditation on the now-abandoned California seacoast fortifications of the Marin Headlands. In typical Waldrep fashion, these longer poems are thoughtful and evocative, introspective and fluid, and, above all, luminous. Come explore these ruins with Waldrep, accompanied by Jennifer MacKenzie’s photographs. (This sequence also appears in Waldrep’s second collection, Disclamor.)