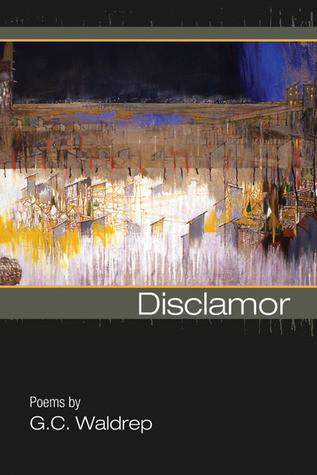 In early 2003, as the second Gulf War started, Waldrep was in residence at the Headlands Center for the Arts, just north of San Francisco. He found the Marin Headlands spectacularly beautiful, but impossible to contemplate without consideration of the architectural residue of the area’s military history – the ruins of gun emplacements and bunkers that dot the landscape. The interrelationship between beauty and violence is the primary theme of Disclamor, along with the disturbing questions of what it means to be a child in this context. Thus, Waldrep produced “The Batteries,” a sequence of nine poems, one for each of the gun emplacements in what had been Forts Barry and Cronkhite overlooking the Golden Gate Bridge. The nine poems of the sequence are spaced out so they act, within the larger manuscript, as pulse points: meditative moments that both lend a larger theme to the collection and prosecute that theme through the whole. Stand-alone poems–some written with “The Batteries” in mind, some not–complete a powerful, startlingly beautiful collection.

“The poems of G.C. Waldrep are small acts of virtuosity, exacting in their language and remarkable in their phrasing. In Disclamor…Waldrep demonstrates this same range and inventiveness… [he] intersperses his narrative with the found poetry of graffiti on bunkers and gun emplacements, creating poems of subtle indictment and no little wit.”
—Colorado Review

“When you read Waldrep with care, you realize you are reading a craftsman of the English language akin to T.S. Eliot or Jorie Graham in his complex, sincere, application of words.”
—North Florida News Daily

“Waldrep has a fine ear and an unresting mind: the combination makes this volume resonate.”
—-Publishers Weekly