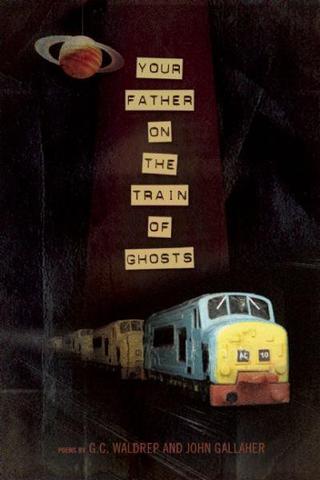 Your Father on the Train of Ghosts

“Your Father on the Train of Ghosts is an extensive, joint undertaking developed over the period of a year from an email correspondence between two of the finest younger American poets writing today….[W]hat is more interesting than charting their differences is seeing these two poets lose their individual voices as the boundaries between them fracture, widening into yet another distinct voice—a third voice, dissimilar from either of their own, which operates like the ghosts suggested by the title; a voice that is as profound as it is endearing, as familiar as it is confiding.”
—Diagram Magazine

“This is not a typical collaboration. It is not a book of exquisite corpse poems or turn-based Mad Libs. It is also not a G.C. Waldrep or a John Gallaher book; rather, a hybrid speaker emerges wearing Waldrep’s hat and Gallaher’s sneakers.”
—Sycamore Review

“In a sweeping 200-plus poem collection, G.C. Waldrep and John Gallaher tackle an undeniably complicated, expansive subject: this American life. Written collaboratively between a year of back-and-forth emails, Your Father on the Train of Ghosts slips fluidly from topic to topic, from the interior of a house (‘…and what do we have to show for it / around the dinner table, or the sound like a dinner table’), to the exterior: parkways and botanical gardens, chapels and hospitals. In Your Father on the Train of Ghosts, the ghosts take on a variety of forms, even the shape of two alternative speakers that occasionally slip into the mix, compounding the strength of the ‘narrator.’ These voices tap into a tender energy that often comes off haunting and residual, almost after-the-fact. As readers, we are asked to emotionally reflect on what stays and what most deeply remains: ‘Our parents, / for instance. We want them / where we can see them, hands up, teeth out. / We want them to remain where they are.’”
—Newcity Lit